Skip to main content
By continuing your browsing on this site, you agree to the use of cookies that ensure the proper functioning of our services.

Initiated in 2008 by the National Ports Agency (Port Authority in Morocco), PortNet is the result of a strategic alliance between port communities and international trade. It is a tool that is specific to the Moroccan Government which aims at implementing several sectoral strategies to improve the business climate, trade, port and logistics competitiveness as well as the generalization and the Innovation of e-gov services. In fact, PortNet is a successful model of the national partnership between the government and the private sector in order to improve the business climate.

Since its creation in 2012, the PORTNET Public Limited Company is in charge of setting up the project of the National Single Window for the facilitation of all port procedures and trade. Collaborating with all the stakeholders in the port community and foreign trade, PORTNET Public Limited Company intends to act on levers to improve port competitiveness and economic operators of Morocco.

Indeed, the initiative to implement PortNet as a community tool is the result of the awareness of this need for sustainability of the performance of national economic actors. Therefore, It constitutes a major operational lever of competitiveness that provides logistical ecosystems and ecosystems inherent in foreign trade, and a capacity for anticipation, proactivity, cost control and traceability of commercial operations destined to the international community.

Currently, PortNet reaches over 50 000 users, including more than 45 000 importers and exporters, 1 500 forwarding agent, 20 banks and more than 43 administrations. Thanks to PortNet's implementation of the best practices and recommendations for international trade interoperability and the synergies developed in the framework of its participation in the various projects, PortNet also allows the exchange of data at the regional level through interoperability with the single windows of other countries, thus simplifying and integrating end-to-end the logistical and commercial chains between the supplier and its customer at the international level.

Becoming progressively an essential tool in the acceleration and integration of the foreign trade chain of Morocco, the National Single Window of Foreign Trade "PortNet", which is a model for the successful public-private partnership in the service of the competitiveness of economic operators in Morocco, continues to reap the benefits of the inclusive engagement and strategic alliance of port communities and foreign trade for an improved business climate, a facilitated foreign trade, a more competitive logistics and no paper ports.

Morocco was commended for the establishment of PortNet during the fourth review of Morocco's trade policy and practices on 2 and 4 February 2016. This review enabled the bodies of the World Trade Organization (WTO) to assess the situation of Moroccan policies at this level. It is an exercise prescribed in the WTO Agreements, whereby trade policies and related policies of member countries are reviewed and evaluated periodically.

"Members even congratulated Morocco on its trade facilitation reforms, including the introduction of the PortNet electronic platform and the improvement of the IT system for customs administration"

• Trade Sense Online: International Logistics and Trade Information Portal.
• Promotion and generalization of the Multichannel Payment solution via PortNet.
• Launch of the project of dematerialization of the management of subscriptions to the services of PORTNET S.A.
• Production of Chatbot for the automated processing of customer complaints via the official PortNet Facebook page.
• Launch of the electronic management project via PortNet, license applications and import authorizations for telecommunications equipment.
• Generalization of the Strong Authentication for the single window by Barid eSign key.

• Initiating works related to exchanging information on weighing at the export on PortNet.
• Deployment of the electronic exchange of the Export License through PortNet.
• Official launch of dematerializing industrial products control related to importing.
• Initiating works to implement the establishment of a new generation of PortNet.

Creation of PORTNET S.A.
• Mainstreaming the dematerialized management of port calls over all the trade ports managed by the National Ports Agency.
• Launching of the coordinated management of the control and the removal of goods at the port of Casablanca.
• Official inauguration of PortNet project by the Ministry of Equipment, Transport, and Logistics and the Ministry in charge of Foreign Trade.
• Initiation of the work of the implementation of the PortNet new generation.

• First pilot operational deployment of the dematerialized management of port calls at the port of Casablanca. 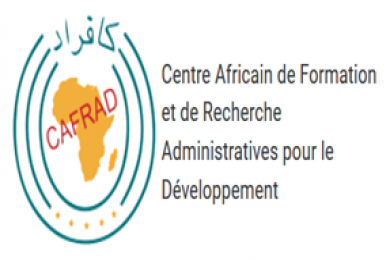 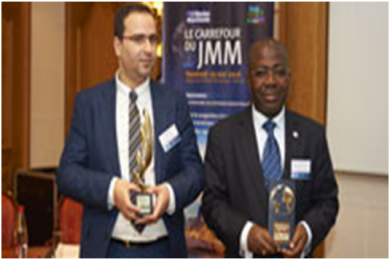 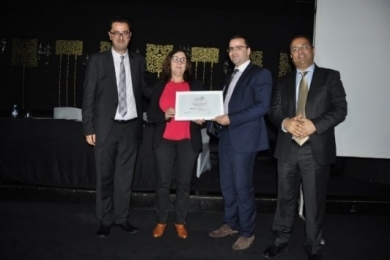 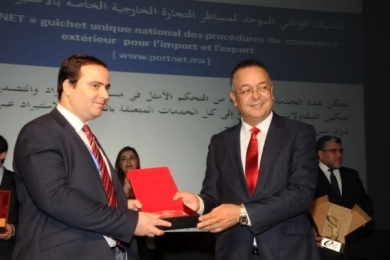 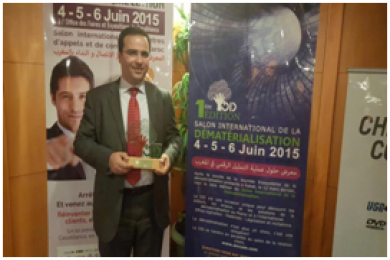 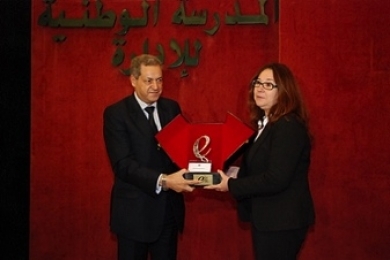